From:  Office of the National Executive Vice President 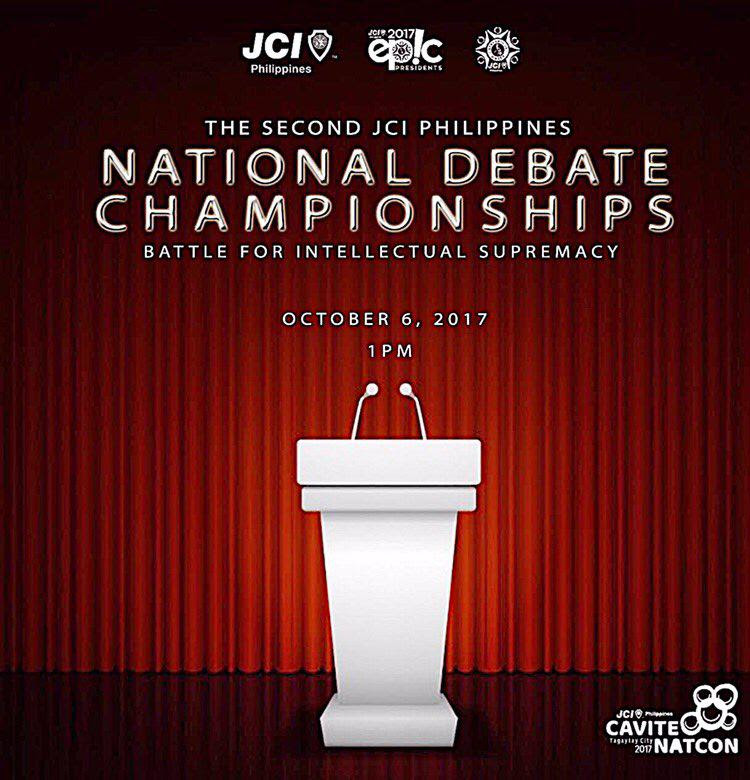 We would like to invite all interested Local Chapters to send their respective DEBATE TEAMS for the 2nd JCI Philippines National Debate Championships: Battle for Intellectual Supremacy to be held October 6, 1pm during that JCIP National Convention in Tagaytay.

The following are the basic mechanics:

2. The topics of the debates will be given 5 days before the tournament.

These are the general rules:

The competition shall follow a MODIFIED ASIANS PARLIAMENTARY format. Attached as Annex A to this memo is a brief guide to the fundamentals of AP for your perusal and reference.

a. Speakers will have 5 minutes each speaking time.

b. Points of Information (POI) may be given following the rules of giving POIs (please see attached)

c. After the debate, there will be an oral adjudication given by the Chief Adjudicator of the round.

d. Depending on the number of teams, there will be at least 3 PRELIMINARY ROUNDS of debate and the TOP 2 teams will be advancing to the FINALS ROUND based on the Win-Loss record and Speaker Scores from the 3 preliminary rounds.

For questions and registration, kindly contact the JCIP National Debate Chairman at 09178548880.

Thank you very much.